Part of Our Guide to Electrical Installations

Extractor fans are often used in bathrooms and shower rooms to remove excess moisture which would otherwise lead to mould, damp and associated problems.

These fans can also be found in toilet rooms and work by venting the air through a pipe to an outlet which is usually fixed to the external wall, vented roof tile or roofline board.

Not all homes have an extractor fan; many with windows don’t but opening a window on a cold winter day isn’t always pleasant and is certainly a waste of heat.

Extractor fans can be activated in one of several ways:

Some fans have a timer so they will continue to operate after you’ve switched them off, these are normally wired to the light, so when you leave the room and switch off the light, the fan still operates for a few minutes.

You’ll need to think about which best suits your needs. Do you want the fan, which could be a little noisy, to activate every time you put the light on? Or perhaps only when you bathe or shower? Would having two pull cords be an issue for you? If your main bathroom suite doesn’t contain a toilet, then perhaps having only one cord to activate both the light and fan would be best?

Or would a humidity controlled fan be a better option for you? Perhaps you don’t want the fan to activate every time you brush your teeth in the morning?

We Asked 26 Electricians How Much They Charge For Bathroom Fans

Discover the average price below

We asked 26 electricians how much they thought it would cost to supply and install a new bathroom fan.

We asked for three prices:

Explore our price guide below and get your own custom quote for the installation of a bathroom extractor fan.

Price 1 – Cost to Replace an Extractor Fan Like-For Like

This is a fairly easy task as the electrical wiring is already in place, as is the ducting for the extracted air.

Because the electrician is replacing a product like-for-like, there’s currently no need for the local Building Control to be notified of the work.

Below is a table showing the average price to replace the bathroom extractor fan. We’ve separated the prices by region as electricians in some areas of the UK provided us with prices far cheaper than those in London and the south-east.

We choose this fan as we have a toilet, bathtub, shower and basin in our bathroom and we didn’t want the fan to activate every time the light cord was pulled, only when the bath or shower was being used.

As this bathroom has never had a fan before, there’s no wiring in place, but humidity-controlled fans are easy to connect to the existing wiring.

Because this is a new installation in a bathroom, it is notifiable, meaning the work must be signed off by the local Building Control or by a qualified electrician who can self-certify the completed work.

Below is how much we were told it would cost:

For this project, we asked our 26 electricians for prices to install a new timed bathroom extractor fan and a new pull cord.

As this bathroom has never had a fan fitted before, this project requires the most work:

As this is a new installation in a bathroom, it will need to be signed off, so we will use an electrician who is qualified and able to self-certify the work.

What Our Prices Include

The prices on this page include all of the following:

What Our Prices Don’t Include

The prices displayed on this page are for ceiling mounted bathroom extractor fans where there is space in the loft to lay the ducting for the waste air.

Our prices do not include the following:

Here are the best bathroom extractor fans you can buy in the UK: 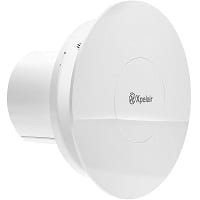 Some bathroom extractor fans accumulate dirt, dust and even messy cobwebs which look unsightly. Not this fan though as it has a circular surface panel hiding the internals of the device. 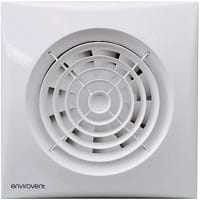 This is the best fan for those of you who prefer a very quieter device. Ideal if you use the bathroom at times when others are sleeping or if you just like to relax in a peaceful bathroom. 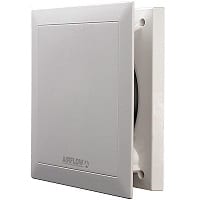 This is the best all-rounder in terms of noise, looks, power and price. Choose from two power settings with the upper rated at 25 litres per minute. The timer is also adjustable.

6 Things to Consider Before Buying a Bathroom Extractor Fan

Consider these 6 things before you spend your money on a new bathroom extractor fan:

Other Types of Bathroom Extractor Fan

The most popular bathroom extractor fan is a ceiling-mounted one that activates when humidity levels reach a certain limit. This is also popular with landlords concerned about mould or damp in the bathroom of their rental properties.

The next most popular product is again a ceiling-mounted fan, but this time with a built-in timer and activated by the light pull cord.

Next up are wall mounted bathroom extractor fans. These are often found in flats and apartments when there’s no loft space. These fans can be easy to fit if access to the exterior of the building isn’t a problem, but if you live a few storeys up, some access equipment might be required to fit the external grill.

The least popular type of fan is one that’s mounted to a windowpane as the glass must be cut and the device secured directly to the pane. Window fans are sometimes found in smaller bathrooms where there’s no loft space and nowhere practical on the wall to fit a fan.

Get a Custom Price For a New Bathroom Extractor Fan

Have a look at the products we’ve suggested on this page and when you’ve found one you like, tap the button below and get a price for the installation:

Get a Custom Price

Below you’ll find answers to questions about bathroom extractor fans, prices and their installation:

When Were These Extractor Fan Prices Published?

We sourced prices for extractor fan installations in early February 2021.

Do These Prices Include The Materials and VAT?

All of the prices on this page include VAT, labour and materials. We chose mid-priced items, not the cheapest but not the most expensive either.

A typical bathroom fan cost around £50 with the ducting, exhaust vent and cables etc costing £25-50 if it’s needed (i.e. for a new installation rather than a swap).

How Long Does it Take to Install a Bathroom Fan?

A straight swap for a similar unit will take half an hour.

A new installation will take between 1-3 hours depending on access to the loft, where the exhaust vent is located, whether the consumer wants a pull cord and if an RCD is required.

What Equipment is Needed to Install a New Bathroom Fan?

Here is a list of the items needed in a typical installation:

What is the Best Bathroom Extractor Fan?

We prefer products with a humidity sensor as they only come on when needed and are automatic, you don’t need to worry about delay features or timers.

Products activated by a pull cord (whether separate or part of the lighting) should have a timer, so they stay on for a while after the cord is pulled. Decent non-humidity devices should also have a delay feature so you can, for example, use the loo in the night and not wake up your partner.

I think Your Prices are Too High/Too Low, What Gives?

We are often asked this question, hence why we non longer accept comments on our pages. Please bear in mind that the figures on this page are an average of the prices given to us by electricians in the UK.

Where Does the Air Get Vented to?

The fan shouldn’t discharge the air into the loft as you may experience problems with condensation,

The extracted air should exit the back of the fan into a duct which will discharge outside via either a wall or roofline exhaust vent (see image 1) or via a roof tile vent, of which there are dozens to choose from (see image 2). 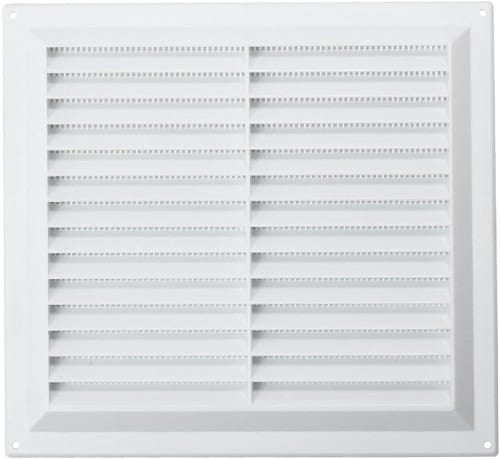 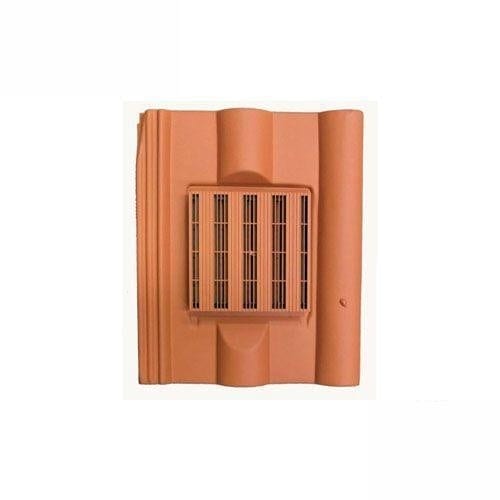 Do I Need to Notify my Local Building Control of the Work?

Most electrical installations to a bathroom are notifiable, but if you use qualified electricians, they can self-certify the work and notify the local Building Control for you.

Some minor works aren’t notifiable, such as replacing a bathroom fan with a similar one.

See how much it costs to get a professional plumber to carry out repairs, replacements and maintenance in your property.

Discover how much a new bathroom costs with our updated price guide that includes all the materials and the labour.

Once you’ve experienced a true power shower, it’s difficult to go back to a regular low-pressure shower. See how much it costs to install a power shower in the UK.

I didn’t realise it would cost this much to render the outside walls of my home but having researched the cost and getting a few quotes from local bulders you recommended, I can report that your prices were bang on.

Thanks, your prices were spot on and your tips saved me £££!!!

Why only rely on three or four quotes for comparison? This website called Quotation Check gathered prices from hundreds of firms for various home improvement tasks and published their findings online.

A very enlightening insight into how much specialists are charging for home repairs, maintenance and improvements in the UK. Try [Quotation Check]

I used their [Quotation Check’s] recommended trade finder service and am happy with the results.